UMI Medical Journal (UMJ) is a peer-reviewed, open-access journal that publishes original research articles, review articles, and interesting case reports. UMI is an acronym that stands for the Updated Medicinal Invention, which is the vision of the Journal to provide the updated invention in medical field. The journal focuses on promoting medical and health sciences, derived from basic sciences, clinical and community health research, both in animal and human study. UMJ is published in June and December and registered with e-ISSN 2685-7561 and p-ISSN 2548-4079. UMI Medical Journal was founded in 2016 by Faculty of Medicine, Universitas Muslim Indonesia, Makassar. The mission of our journal is to provide biomedical scientists, clinical and public health researchers as well as other health care professionals the media to publish their works. 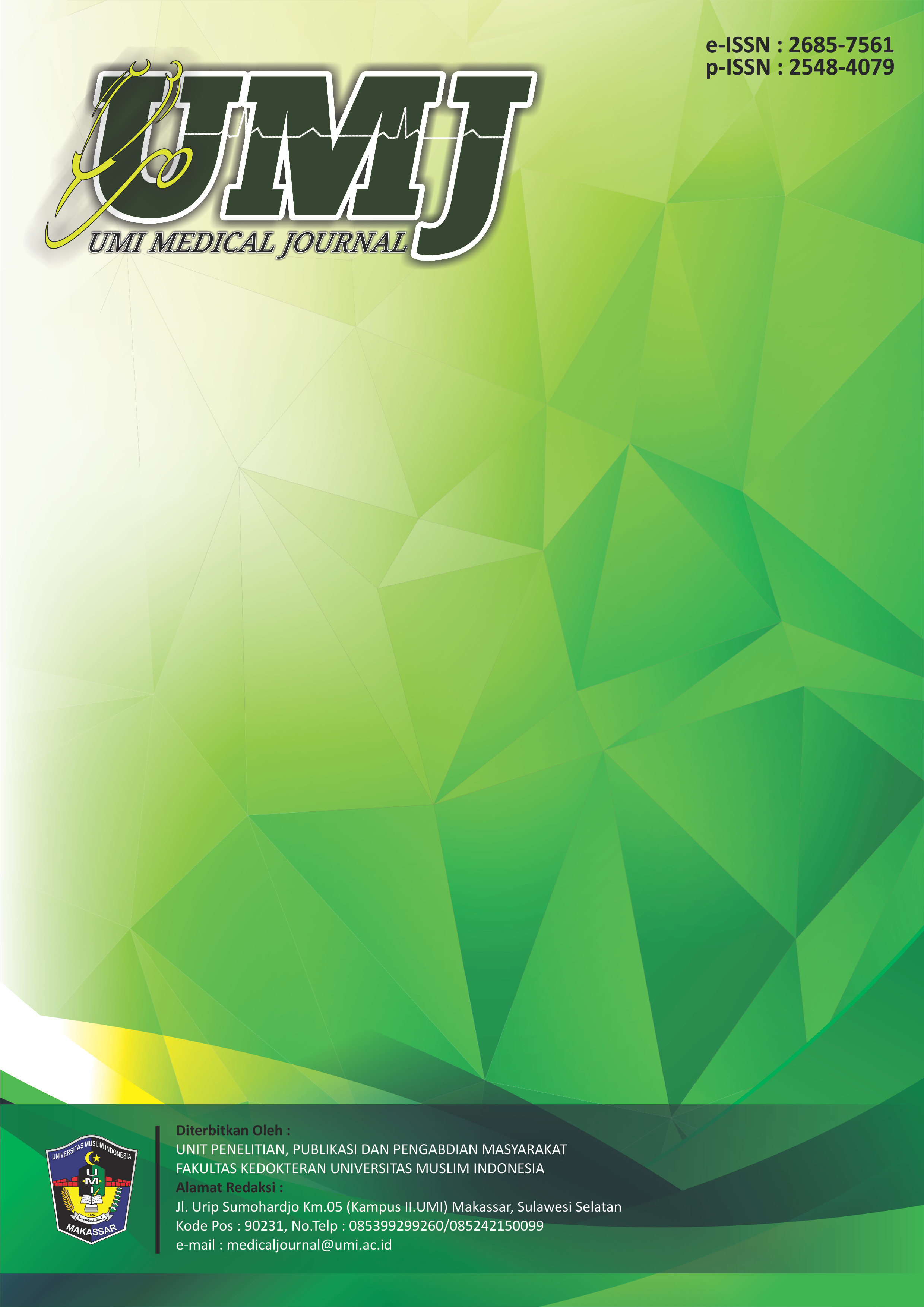 The research aimed at investigating whether there was the massage effect on the growth and development of the infants of 3 – 4 months old in the working area of PHC Kanjilo, Barombong District, Gowa Regency.  This was a quasy experiment research with the pretest-posttest method on the treatment and control groups. Sample consisted of 38 subjects who were selected by the purposive sampling technique. The samples were divided into 2 group, namely the treatment group ( n=19) and control group (n=19) by matching the same age and sex in the two groups. The variables measured were the body weight gain, height gain, development indicator change. The research used the statistic test of Wilcoxon signed rank test, Mann Whitney U test, McNemar test with the  significance level of 0.05. The research result indicates that after the massage has been carried out for 30 days, there is the significant change particularly on the body weight gain variable with the  value of p = 0,008 (<0.05) and the development indicator change variable with the value of p = 0.05.  While for the height, the change is not significant between the infants who are given the massage and are not given the massage with the value of p = 0,091 (> 0.05), likewise, the development indicator change is not significant on the infants who are not massaged (p=0,317).